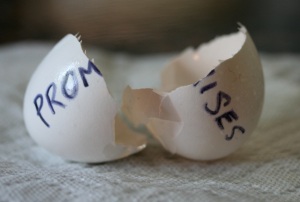 Tomorrow Justin Trudeau becomes Prime Minister. As the Lying Jackal points out Trudeau has made a lot of promises along the way. Realists, and the Jackal is certainly nothing if not that, are suggesting that there is a lot on Trudeau’s plate and that a few items will likely fall off. Quite right. Now the question is which items?

Here is the Jackal’s list with a few comments.

Syrian refugees: 25,000 by year end. No. Even if it were possible – and it likely isn’t – it would be unwise. There are a lot of “refugees” and then there are a lot of people who are pretending to be. Sorting sheep from goats is important here. As well, paying attention to which of the refugees are at risk of genocide – Christians, Yazidis and so on – have no future in Iraq and Syria. They are not going back.

Doctor-assisted suicide: All the rules in the world are not going to replace medical judgment. Upping the morphine at end of life should not be a crime. Professional oversight should be sufficient to prevent flagrant murder, but I can’t see how you can legislate judgment.

Repeal parts of C-51: This is actually not that hard. Putting in the sunset provisions is easy. Beefing up the oversight is a bit trickier but possible. The one thing that Trudeau didn’t promise, but which would improve C-51 immediately, is to include very stiff administrative, financial and, ultimately, criminal penalties for misuse of the powers C-51 creates. Put the security services on notice that misuse has real, career ending, consequences. And make sure that there is a named officer in charge of every operation who will be identified publically and fired in the event of misuse.

Reinstate long-form census: Sure, but make it voluntary. At that point, the air goes out of the argument against. (And, realistically, the statistical validity of the material is largely unchanged if two or three people decline to fill it out.) Problem solved.

Pull out of Obama’s anti-ISIS force: Yes, tomorrow. It is a pointless waste of time run by an idiot. (But keep our guys working with the Kurds. About the only good guys in the entire mess.)

Restore home mail delivery: As the Jackal points out, Canada Post has suspended the implementation of the program. Does anyone still get mail?

Legalize marijuana: Given the complete balls up the Conservatives made of the Medical Marijuana Program it is almost impossible for Trudeau to do worse. The Jackal cites the hoary old “but the US will clamp down on the border” chestnut as a reason for delay. Rubbish. Colorado and Washington have legal, recreational pot and the feds have backed off. California will legalize in 2016 along with a number of other states. The war on pot is over in the US.

Legal pot in Canada can be in place in three months. 1) Allow already licenced medical growers to sell to the general public through the mail as they do for medical users now, 2) allow them to sell to registered – make registration really easy – dispensaries, 3) unplug the bottlenecks at Health Canada and start issuing licences to more grow shows. The pot ship has sailed. Minimally regulate it, tax it and move on.

Ratify TPP: Sure. But also think about what a realistic Canadian trade stance should be.

Frankly, if Trudeau can’t get most of this done in a five-week Parliament he and his Cabinet are overthinking things. The only genuinely tough item on this list is the Syrian refugee question and even that is more about timing than policy.

Politically, being able to sit in front of the Christmas fire and tick of a list of promises made, promises kept,d is going to make Trudeau look brilliant. The real work begins in the New Year.