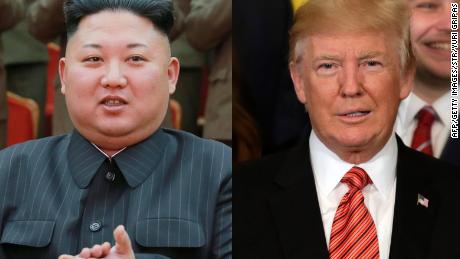 The Spectator speculates that The Donald a) might be in line for a Nobel Peace Prize over North Korea (never happen, look at the Committee), b) might be willing to follow Bannon’s advice and pull US troops out of South Korea in exchange for denuclearization.

I suspect “b” will be on the table if only because, after 60 years, it is sort of pointless to keep troops in South Korea. The South Koreans have a perfectly good army and really, seriously, advanced weapons. The US can pull out, save money and reassure the NORKs.

But my bet is that Trump, like the Sham Wow guy before him, will say, “Wait, there’s more.”

Trump sold condos for years and part of the condo sale was the “amenities” package. The pool, the gym, the roof top party room. In North Korea’s case the amenities package is investment, economic growth and trade. Getting rid of the sanctions pulls them up to a few points below zero. But, say, 5 billion from South Korea into factories and another 5 billion from China into infrastructure begins to look like a real deal.

For sixty years the whole American approach has been about a lot of stick and very little carrot. This has not worked.

Trump sitting in a room with Kim Jong Un is making a sale. “We’ll stop kicking you if you drop the nukes.” is an opening, but it is not a close. Dropping sanctions makes the pain go away, but it is not an enticement. Trump has done a lot of deals and part of deals is giving people more than they expect.

Trump does not need this deal. He can rachet up the sanctions and, at any moment, vaporize North Korea. To say he has bargaining power is to entirely understate the case. But Trump would benefit from a real, enforceable, deal on the nukes. So would China, so would South Korea, so would Japan.

So, instead of playing “hardball” Trump has the luxury of closing the sale. Tossing in the Wolf Stove and the marble foyer. And he won’t even have to pay for it. In fact, by pulling the US troops, he is saving billions a year.

Should be fun to watch.