A long battle but section 13 is dead

As I write this I am still only being updated by text message on the proceedings in the Senate chamber but I am told Bill C-304 has passed third reading and will receive Royal Assent tonight making it law.

What does this bill do?

There are a number of amendments to the act that help limit abuse but the main one is this:

2. Section 13 of the Act is repealed. blazing catfur

Repealing s. 13 of the Canadian Human Rights Act is the right thing to do. It was unfixable and, despite what the SCC maintained, was an unacceptable curb on free speech.

Worse, so long as S.13 existed, the grievance mongers and self-appointed censors were able to use the CHRC and the Tribunal to silence speech they disagreed with.

And, even worse than that, because of the fact the Human Rights biz is driven by a hierarchy of victims, real hate could be uttered by assorted protected – but none the less dangerous – classes with impunity while loons in their basements who represented no threat to anyone could be driven to bankruptcy by the Commission and its minions.

Canada has become a bit more free with the repeal of s. 13.

This repeal was driven by many, many people: front and center were Blazing Catfur, Five Feet, Small Dead Animals, Free Dominion, Ezra Levant, Marc Lemire and Mark Steyn and a host of others. Realistically, the effort has cost those people hundreds of thousands of dollars. It has spawned an assortment of legal actions which the Repeal will do little, directly, to mitigate.

So send the bloggers who made this happen some money!

(And, for those bloggers who are being sued – the fact that your actions and reporting have resulted in the Repeal of an odious law suggests, strongly, that your reporting in particular, was in the public interest.)

The Politics of Oz

If you don’t know what that actually means no matter, suffice to say that a woman who promised not to tax carbon dioxide and then proceeded to do so has been tossed from the Australian Prime Ministership by the man she was instrumental in tossing a couple of years ago.

The knife fight was to the death with Gillard calling the “leadership spill” and stating that if she lost she would retire from politics. A number of her cabinet supporters have decided to join her on the suicide express including lame dancer and radical lawyer Peter Garrett.

Much more and Andrew Bolt and Tim Blair

Actually, Sam used his own money

I merely bid on the implement of destruction.

And, actually, it is very, very cool. Czech made. Accurate at 10m.

But the kid wants to quintuple his money so what is a father to do?

You can save the children by buying the thing right here.

Update: Google is not slow off the mark…look up Canada’s Worst Dad and you get this:

If we had a Syrian elite dedicated to modernization, free markets, and opportunity, we could have an economic recovery in Syria. But the country is locked into suppurating backwardness precisely because the dominant culture holds back individual initiative and enterprise. The longstanding hatreds among Sunnis and Shi’ites, and Kurds and Druze and Arabs, turn into a fight to the death as the ground shrinks beneath them. The pre-modern culture demands proofs of group loyalty in the form of atrocities which bind the combatants to an all-or-nothing outcome. The Sunni rebels appear quite as enthusiastic in their perpetration of atrocities as does the disgusting Assad government.david goodman

Which, I suspect, gets Syria about right.

Patrick Buchanan wrote up a bit of history in discussing Sykes-Picot which was the WWI treaty which carved up Syria, Lebanon, Iraq and such like.

I’ve just finished reading Philip Mansel’s brilliant history of the region, Levant, which gets the sweep of the history of the area very right indeed. The critical thing in Mansal’s book is the “black tide” of Islam sweeping up from the Gulf and destroying the cosmopolitan accommodation of Levantine culture. In Smyrna, Alexandria and Beruit the imposition of Islam has destroyed the mercantile, liberal cultures of the Mediterranean. It is a book of massacres, ethnic cleansing and a description of the corrosive effects of Islam.

There is a very good argument that we are looking at the first phase of a Thirty Year war in Islam. And those wars have never been anything but pure atrocity in the name of God.

For the West the best policy is, I think, to stay the Hell out and make sure that any of our “citizens” who participate are denied reentry to the West.

We might also, usefully, ensure that other than the Christians who are displaced, we prohibit immigration from any of the nations involved. Frankly, we have not the slightest idea which of them have blood on their hands. And, as we don’t, there is no reason at all to let mass murderers or their enablers into Canada. 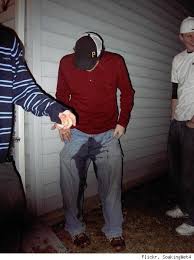 Because when you wet your pants in public it is a bad idea to invite people to comment on the embarrassment.

Of course, the pants are still wet and, in time, stinky.

Those damned Toronto star journalists…bugged the drug dealer just a little too much.

So says Gawker and who would not believe them.

Not Happy with Islamists

The general collapse of the old order in the Levant continues.

My bet is that these largely secular protestors will go the same way as the anti-regime protestors in Iran. They will be ignored by the great and the good in the West for fear of destabilization. Which is a shame but about what can be expected from the pussies who purport to be our political class.

Syria is in a full scale civil war with the traditional sectarian massacres – I am reading Mansel’s wonderful history of the Levant: Splendor and Catastrophe on the Mediterranean – and if history is any guide we are at the very beginning of a Rwandan level slaughter of the innocents.

The Turkish protests are a first shot. Syria started in much the same way.

The Levant is filled with fanatics, often under a thin veneer of a Westernized culture, who have a long history of rampage and amok. It is very sad but, I fear, it is a convulsion which needs to burn itself out.